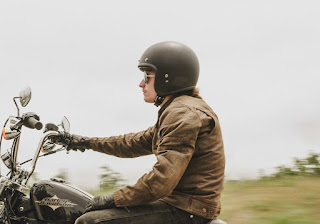 Some motorcyclists are asking Washington lawmakers to let them decide for themselves whether they should wear a helmet and be able to maneuver around cars in traffic jams.

According to the Spokesman-Review, a motorcycle riders’ rights group that goes by ABATE (A Brotherhood Against Totalitarian Enactments) argued yesterday that wearing a helmet should be up to them, not state law.

Sen. Sharon Brown, R-Kennewick, is sponsoring a bill to make helmets optional for anyone 18 or older. Under her proposal, motorcyclists riding without helmets would have to have liability insurance, a certificate of deposit or a liability bond.

ABATE member Micki Robinson testified that she has a neck injury from wearing a motorcycle helmet, which are usually designed for men.

A separate bill also discussed yesterday at the Senate Transportation Committee would start a pilot program to allow motorcyclists to pass a car in the same lane in traffic jams, moving no more than 10 mph than the car. After two years, the Legislature would decide whether to make the law permanent.
The Senate Transportation Committee could vote on the bills in the coming weeks.

Bills that would make helmets optional have been introduced every session since 2011 but have never gotten enough support to pass both chambers.
Posted by SRTC Staff at 8:32 AM