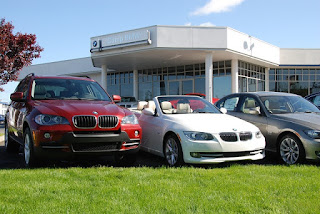 First there was the burst of the real estate bubble, now economists are warning there could be a bubble in the auto lending market.

Since then, more Americans have borrowed to pay for their cars, rather than pay for them straight out. About 86 percent of new cars were financed in 2015, up from 80 percent in 2008, according to the Frontier Group. For used cars, the financing rate rose to 55 percent in 2015; 7 percent higher than 2010. A New York Times article says subprime auto lending increased 130 percent in the five years following the recession and that lower-income borrowers account for a large share of the growth in car loans.

Default rates are also on the increase. CNN Money said in March that unpaid subprime car loans are at a 20-year high, which could be risky for the economy overall.

Some, such as the author Carjacked, Catherine Lutz, blame the subprime auto market increase on the fact that in so much of the country, owning a car is necessary to get to jobs and health services.

The typical length of an auto loan used to be about four years (48 months) but now many are agreeing to 72 month loans. The problem is that by the time the car is paid off, it is often not worth what the borrow just paid for it and sometimes doesn't even run anymore.
Posted by SRTC Staff at 8:45 AM