MD Driver's Ed to Include Info on Traffic Stops 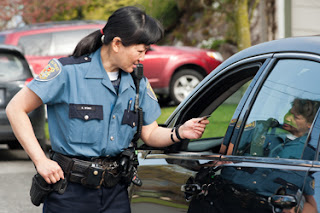 In addition to parallel parking, using your turn signals and other driving basics, the state of Maryland is adding something new to their driver's education curriculum. Starting in 2017, driver's ed in the state will include information on how to interact with police during a traffic stop, according to Patch.com.

The Harford County Sheriff's Office produced four videos: what to do during a traffic stop; what to do if you are driving a vehicle stopped with multiple passengers inside; what to do at a DUI checkpoint; and how to go through a traffic stop when you are asked to get outside your vehicle.

The reasoning behind adding the information is that it may be commonplace for police to deal with pulling people over but it's not for everyday people and it can be stressful for them.

Here are some tips from the sheriff's office on making a traffic stop go smoothly:
Officials say traffic stops lead to arrests of more drug dealers, robbers and murderers than any other officer-initiated interaction.
Posted by SRTC Staff at 8:44 AM