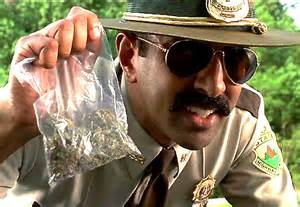 The AAA Auto Club is suggesting the six states, including Washington, that have legal marijuana useAccording to the Christian Science Monitor, a AAA study said it's not possible to set a blood-test threshold for THC, the chemical in pot that makes people high, that can accurately determine impairment.

Currently, laws in five of those states automatically presume a driver is impaired if tested higher than the set limit. AAA recommends replacing the laws with ones based on specially trained police officers to determine if a driver is impaired. The test would screen for dozens of indicators of drug use, ranging from pupil dilation to tongue color. That test would be followed by a test for the presence of THC, rather than a specific amount.
dump their pot DUI laws.

AAA says there is no science that says drivers become impaired at a specific level of THC; a lot depends on the individual. Also, some drivers may be impaired when pulled over but THC levels may fall below legal limits by the time they are tested. In addition, frequent marijuana users can have high levels of THC in their system long after the last time they used it.

To give some perspective, studies show that using marijuana roughly doubles the risk of a crash. In comparison, talking on a hands-free cellphone, which is legal in the U.S., quadruples your crash risk.
Posted by SRTC Staff at 12:27 PM