Cameras to Catch School Zone Speeders Will Be Activated Today 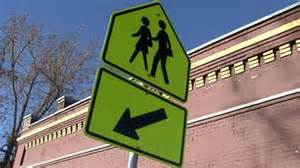 Cameras aimed at catching speeders in school zones will be activated today near two Spokane elementary schools, according to the Spokesman-Review.

The cameras are on Nevada Street near Longfellow Elementary and on Northwest Boulevard adjacent to Finch Elementary. A third camera, planned to be installed in the spring, will be near Stevens Elementary.

The cameras will only operate during school hours.There will be a grace period for those caught speeding on camera though- violators of the 20 mph speed limit will be mailed warnings until Jan. 4. After that, tickets will start at $214 and go up to $808, depending on the violation.
Posted by SRTC Staff at 8:05 AM