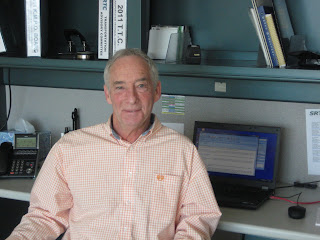 SRTC has a new interim Transportation Manager. The SRTC Board recently decided to take the agency in a new direction. That new direction eventually led to new leadership as well. At a meeting last week, the Board approved hiring Mark Rohwer as the Interim Transportation Manager to lead SRTC while a search is conducted for a permanent Executive Director.

“There is a lot happening in transportation right now,” says SRTC Board Chair Gary Schimmels. “That means a lot for this agency to keep up with and a lot of opportunity for it to grow. The Board is grateful to Mr. Rohwer for returning to his transportation planning roots to help guide that growth while getting the agency through this transition phase.”

Rohwer had a long history at the Washington State Department of Transportation (WSDOT) - Eastern Region (32 years!) before retiring in 2009. In his role at WSDOT, he collaborated with Metropolitan Planning Organizations such as SRTC, providing him knowledge of how MPOs function and how to move forward as an agency. He's also a long-time resident of the area, so he has a good idea how things work around here and the political climate.

It's expected to take approximately three months to appoint a permanent Executive Director at SRTC.
Posted by SRTC Staff at 8:22 AM

Dear admin can you please tell me what is this Interim management about?